I am so excited for Toy Story 4! I love Woody, Buzz and all their friends and I can’t wait to see their next adventure on the big screen in a few weeks. As I often do, I decided to celebrate with Toy Story 4 Inspired cupcakes!

If you’ve seen any of Toy Story 4 trailers yet, then you know Bonnie makes a new friend. She literally makes a craft out of a spork and names him, Forky. Forky then comes to life as one of Bonnie’s toys. I decided Forky would make an excellent Toy Story 4 inspired cupcake.

How to Make Forky Cupcakes

Forky makes for the perfect party cupcake in my opinion because he is a simple kid’s craft, which means its simple to recreate in cupcake form. Start with simple white frosted cupcakes, whether you make them from scratch, use a can of frosting or buy the cupcakes ready-made, it doesn’t matter.

I used strands of Twizzlers Pull ‘n’ Peel red licorice for Forky’s unibrow. If I could have found the light blue licorice locally, I would have used that for Forky’s mouth too. Instead, I used light blue fondant instead to mold Forky’s various mouths.

Use two different sizes of candy eyes to finish off Forky’s face. You can use a food marker to enhance the size of Forky’s pupils if you need to. Use toothpicks and red pipe cleaners to create Forky’s signature arms. Stick the toothpick arms into either side of the cupcake. One final, optional detail is adding popsicle stick feet to the bottom of each cupcake. 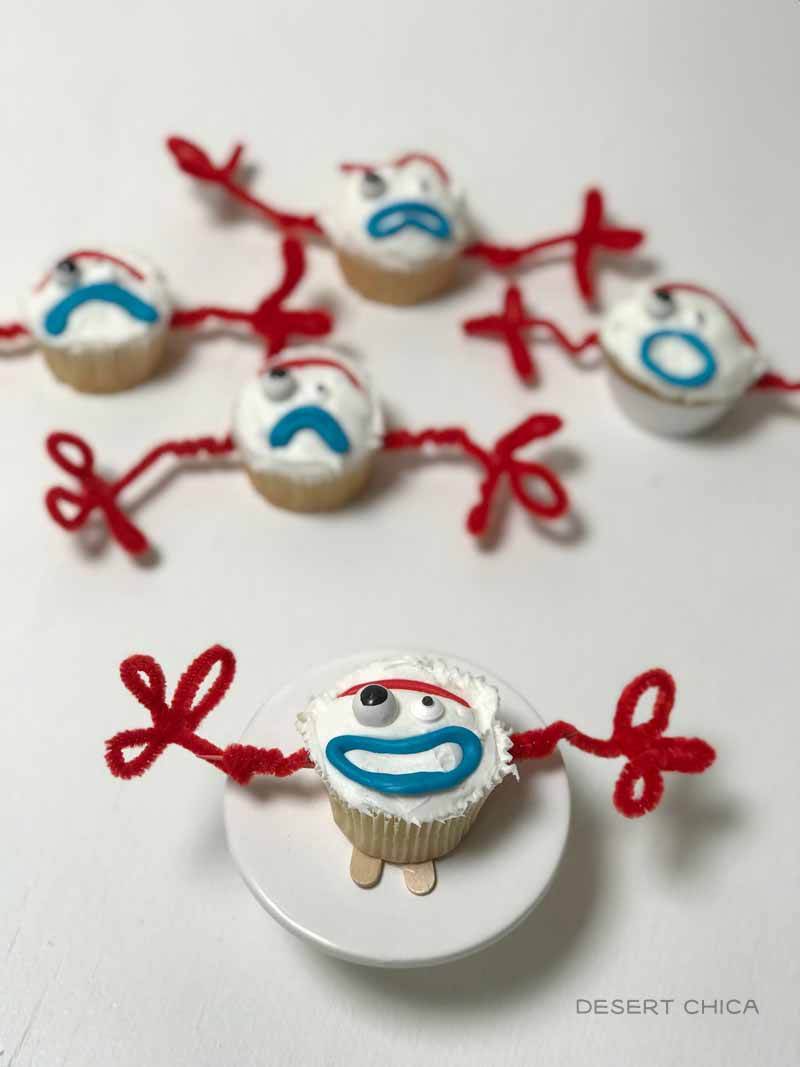 Want to make your own Toy Story 4 cupcakes? Don’t forget to pin there Forky cupcakes so you can find it again later!